The Democratic Republic of Aleksland 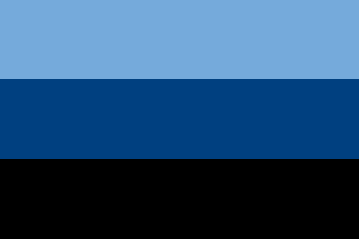 The Democratic Republic of Aleksland (often shortened to Aleksland) is a nation fully surrounded by the United Kingdom. The nation was formed by Lord Aleks (aka Lord Accles) on Saturday the 24th of April 2021. The currency is the Great British Pound (£) due to the nations lack of ability to form its own currency. The country is run by a Lord who will run the nation until his death. The current leader of Aleksland is Lord Aleks. There is a political party known as the "Aleks Gang" who have full control of the country with elections hosted every 4 years with only one candidate. The parliament is split into the cat council and the generals council. The nation also has an army known as the "Aleks Army" who are incharge of defending the small micronation from anybody who intends on invading it. The nation also has it's own passport with them being all paperless, amongst the first nations to do so. The Capital city is Brombridge and the official language is English.

Aleksland is known for being one of the first nations to have a political council run partially by cats. There are two councils: the generals council which decide on the creation of laws and the cat council (run fully by cats) approve them. As there is only one political party every single law passed has been approved by the cat council so far and have all been given royal assent by Lord Aleks. The cat council is run by General Chester and the Generals Council is run by General Thomas. The head of parliament and government is General Tyler. Within the Generals Council there are Members of Parliament who vote on laws and there are barons within the Cat Council. The only political party is the Aleks Gang which has full control over the nation. Citizenship is given to anybody who pledges allegiance to Lord Aleks which means you are freely allowed to travel around the republic. Visa's are required to enter the republic and are given only to those with special authorisation from the General Council. There is an official list of people who are banned from entering the nation and those who are on the list are BANNED from applying for visa's for crimes such as treason and simpery.

Aleksland is a very small nation. It has different exclaves all across Europe and the UK and is split up into many different regions and states. The capital city is Brombridge situated half a mile from the river thames bordered by the town of "Barking Riverside" in the United Kingdom. Brombridge is situated in Lord Aleks' bedroom and is it's own city with the Mayor being Barron Willy John Ruskin Bottleworth Shotton or Raf for short. Mayors are classed as MPs and get to vote on important laws. The capital city is known for its extensive nightlife. Other regions are noted for their beautiful countryside and heavy foresting which is all protected by law in order to protect local wildlife.

There is a large range of culture within Aleksland. The official dish of Aleksland is Chicken Wings and Chips (A very popular delicacy in neighbouring london) and the official drink is Pepsi Max. Other popular dishes are Pizza, Kotlet Schabowy and Mielony, Burgers, Popcorn Chicken and much more! Aleksland is incredibly multicultural with many people from different races and ethnicities such as moroccon, Polish, Jamaican, British, Brazillian and much much more! There is also a large LGBT Culture due to laws being very relaxed and things such as Gay Marriage, LGBT Protections and the ability for trans people to change name and gender freely with an "X" option on passports. These protections along with those for other minorities have been created to anger figures such as nigel farage and katie hopkins who are enemies of the state.

Aleksland is defended by the military known as the "Aleks Army". There is an estimated 50 soldiers within the Aleks Army who's job is to defend their leader Lord Aleks and their glorious nation. The military is controlled by "General Dahwyd" who is incharge of military personelle and weapons. The Aleks Army have posts located within the cities of: Coruscant and Norwickstow. These posts are used to defend these major cities and the regions that they lie in. The main goal of the Aleks Army is to eradicate any enemies of the republic e.g Lewie (On Counts of Simpery) And Vikki (On counts of annoying the lord). Anybody can join the Aleks Army by pledging allegiance to Lord Aleks and being approved by General Dahwyd.

Community content is available under CC-BY-SA unless otherwise noted.
Advertisement