The name Orfalia is a composition between Orfeo and -alia (land) in ancient greek. Orpheus (Greek: Ὀρφεύς) was a legendary musician, poet, and prophet in ancient Greek religion and myth. The major stories about him are centered on his ability to charm all living things and even stones with his music, his attempt to retrieve his wife, Eurydice, from the underworld, and his death at the hands of those who could not hear his divine music. As an archetype of the inspired singer, Orpheus is one of the most significant figures in the reception of classical mythology in Western culture, portrayed or alluded to in countless forms of art and popular culture including poetry, film, opera, music, and painting. For the Greeks, Orpheus was a founder and prophet of the so-called "Orphic" mysteries. He was credited with the composition of the Orphic Hymns, a collection of which survives. Shrines containing purported relics of Orpheus were regarded as oracles. Some ancient Greek sources note 'Orpheus' Thracian origins.

The nation was proposed by Jose Antonio Silva on 19 August 2015, and it was created respecting the hellenistic traditions and culture.

In the foundation was establishing a Constitution which was amended and adopted on 17 September 2015.

The first King of Orfalia, Angelos I, abdicated on 01 September 2015 in favor of the then Prince of Imvrassia, Aggelos A'. On 02 September 2015, the monarch of Imvrassia accepted with honor the offer of the Crown of Orfalia and enthroned King, with the constitutional name Angelos II King of Orfalia. After the absortion of Timeria in Orfalia, the kingdom upgraded to Empire. Therefore, Angelos II have been enthroned with the approval of all of the Orphics and the Orthodox Church like the first Emperor of Orfalia with the official title, Aggelos I Emperor of Orfalia on 07 October 2015. The new imperial regime has political and cultural influence and inspiration from ancient Greek and Roman history and furthermore it is considered that represents the continuing of the historical legacy of the Roman Empire, both western and eastern. The Orphic Government and the Orphic citizens overall, consider the Emperor of Orfalia a legitimate successor of the Empire that fell down in 1453. With these formalities it is obvious that the Emperor of Orfalia expresses a great cultural and political tradition which comes through the influence and love for the ancient Greek and Roman history. On 01 December 2016 Emperor Aggelos resigned in favor of his daughter and Queen of Imvrassia, Aikaterini. Her Majesty on the same day annexed Orfalia into the Kingdom of Imvrassia as an Exarchate.

Orfalia was a parliamentary monarchy, structured in a direct democracy. The first political party was created on 20 September of 2015, and was the Democratic Party. Subsequently, the Pragmatic Party and Kostalira Bartresa-in Orphic language Patriotic Left- were created. The 18 September of 2015, the Pragmatic Party was refounded under the name Social Democratic Party of Orfalia, and the Democratic Party it was refounded under the name National Party of Orfalia. The Crown arbitrates the institutions and internal issues and can take initiatives in foreign policy. The Great Archon was elected by the Senate, every year. The public officials and positions of responsibility are elected and revocable by the Senate as also a Consul, who is appointed to assume the Presidency of the Senate, the regulation of the Senate and take the Great Archon at the time that the Great Archon dies, resigns, is dismissed or is unable to perform his duties.

The first elections was celebrated on 27 August 2015 and Jose Antonio Silva was elected Great Archon, because the Pragmatic Party obtained 5 of the 10 seats of the Senate.

For the relations of Orfalia with other micronations, responsibles was the Crown and the Government through the Great Archon. The treaties signed with other nations were approved by the Senate within a period not exceeding 48 hours, according to the Constitution. The Act 08/2015 was set the conditions for diplomacy with Orfalia:

As an independent state Orfalia had diplomatic relations with:

The official currency is the "Dinar" Orfalia, plural "Dinars". It works in practice like a cryptocurrency in the nation.

The economy is for a domestic market consumption. Each company receives an amount of dinars for the creation of content relevant to the population, based on logos, research articles on health, philosophy, applications, and so on.

The most important industrial activity is the creation of logos, billboards and articles about computer applications.

The most important institution for education and research is the University of Orfalia. The University does work in education, research and promotion of the orphic culture.

One of most important contributions in philosophy is the document "Why Orfalia is a country?" By Jorge Paredes, member of Academy of Orfalia.

Have also been published literary works such as the book "The arms of Eurydice", by Nikephoros Alonso. 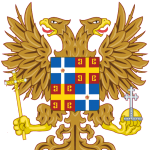 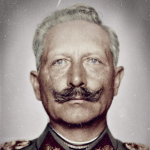 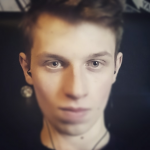