The "Kingdom of Catan" (also sometimes known as the Republic of Catan) was a fradulent micronation ostensibly based near Leeds in the United Kingdom, known for engaging in financial scams, identity theft, and sockpuppeting.

Founded by a King James I (James Klaassen-White), Catan falsely claimed to have hundreds of citizens, a functioning international airport, a navy costing £30 million, and diplomatic recognition from the UK and USA. There is no evidence - despite Klaassen-White's claims to the contrary - that anybody else was ever involved in Catan.

On 12 April 2019, Klaassen-White was jailed for 16 months by Sheffield Crown Court after being convicted of carrying out bomb hoaxes. He was arrested after conveying threats to his university, but psychiatric reports failed to mitigate his sentence enough to avoid time in prison.[1]

Various infamous examples of Catan's behavior include ordering and receiving but then refusing to pay for an order of flags,[2] falsely claiming (in since deleted Tweets) that one of its "ministers" (in reality a fake social media profile created by James I with stock images) was killed in the Manchester 2017 terrorist attack, and photoshopping documents to falsely claim to have received letters of recognition from Donald Trump and Theresa May.

One of the individuals claimed by Klaassen-White to be the country's "Prime Minister", when contacted, informed enquirers that he had never heard of Catan and that James had stolen his name and image from social media. Another alleged Prime Minister stated that although he was aware of his photograph being used by James, he had no actual involvement in Catan and that British police had been involved in the past due to the identity thefts committed by James.

Klaassen-White had also been involved in other fraudulent online activity, setting up "Normanton Telecoms Ltd" in 2015. Reviews for the company on both Amazon and Trustpilot accuse him of either refusing to send off items they had paid for or delivering unusable equipment.[3][4]

The falsehoods published by Klaassen-White on social media inspired the creation of the Wrythe Convention in September 2018, a treaty in which the signatories condemned fabrications and sockpuppeting within the micronational community. 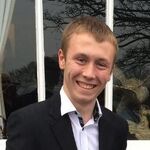 Faked "recognition letter" from Theresa May

Community content is available under CC-BY-SA unless otherwise noted.
Advertisement